Hamra National Park is 14 sq km of wide open marshlands, woods, forests, streams and rugged trails. Founded in 1909, Hamra national park is one of the oldest preserved forests in Sweden.

Hamra national park (NP) is one of sweden’s nine oldest national parks, located at the western edge of the Gävleborg municipality (Kommune). We took a 2-day trip in the last week of August. The drive from Uppsala to Hamra takes about 4.5 hours. We stayed at the STF accomodation in the nearest village called Fågelsjö. The house is nice and comfy with several bedrooms and a pretty lawn. This was the off-season which meant that we had the whole house to ourselves. Hamra NP is a short drive away from Fågelsjö. 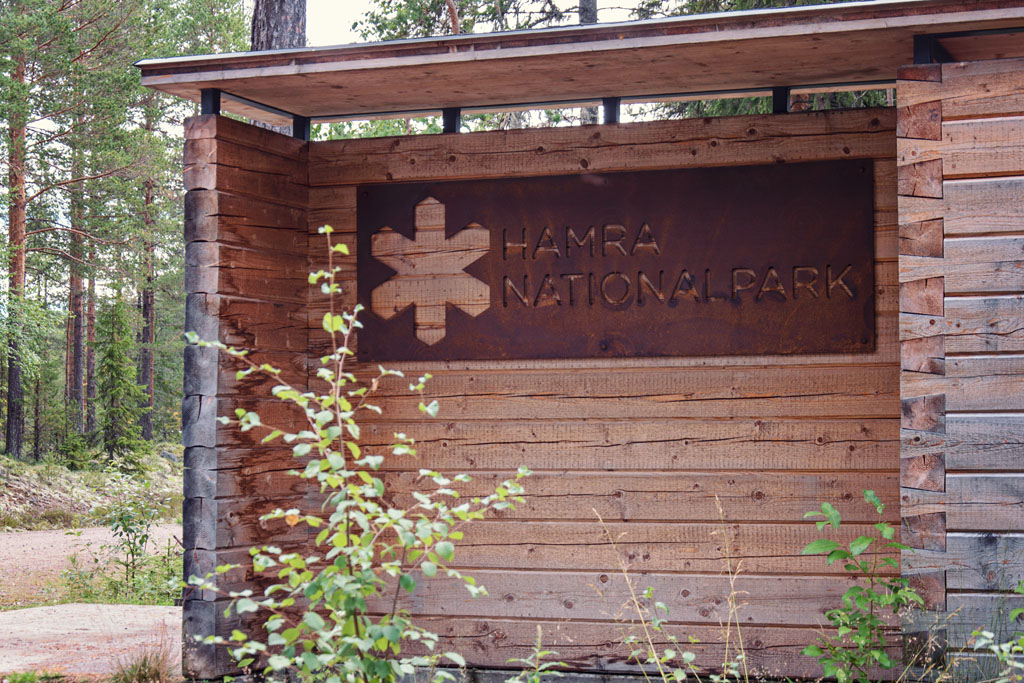 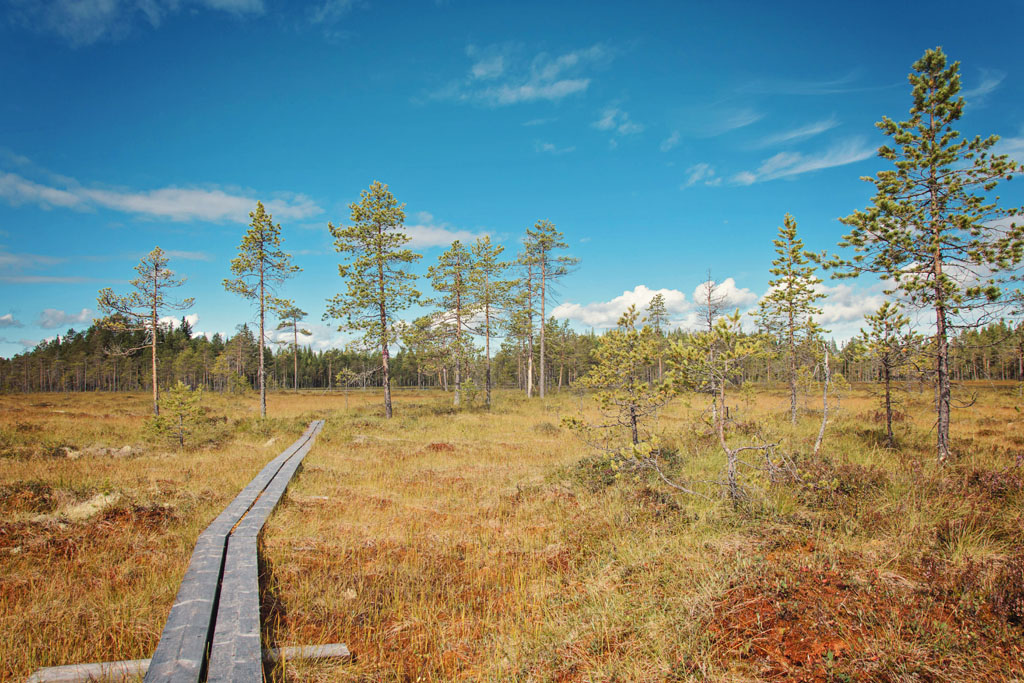 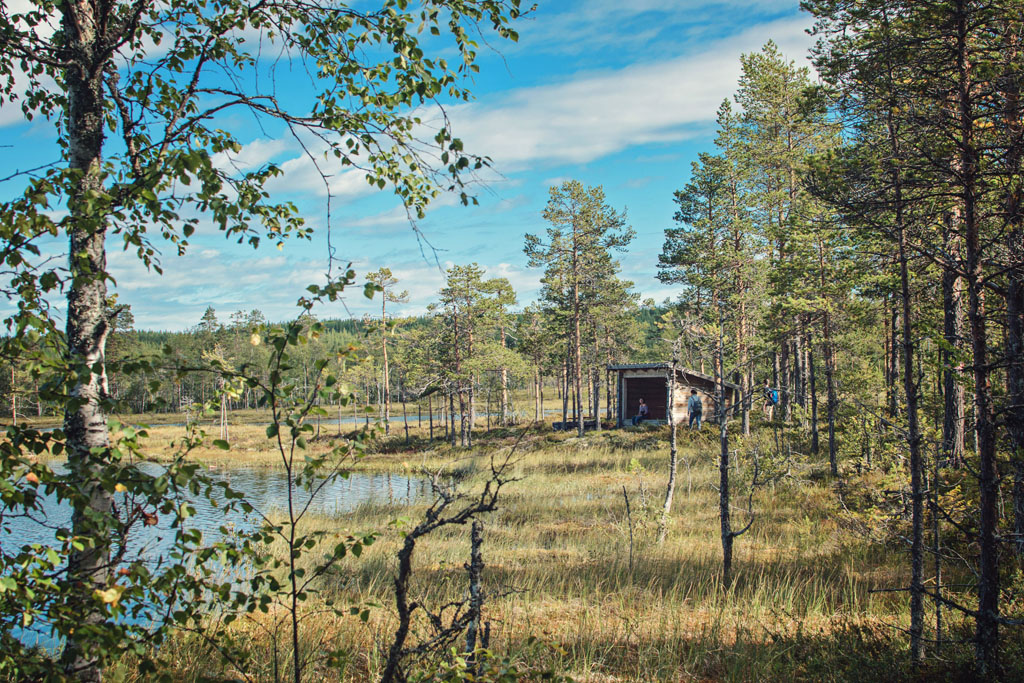 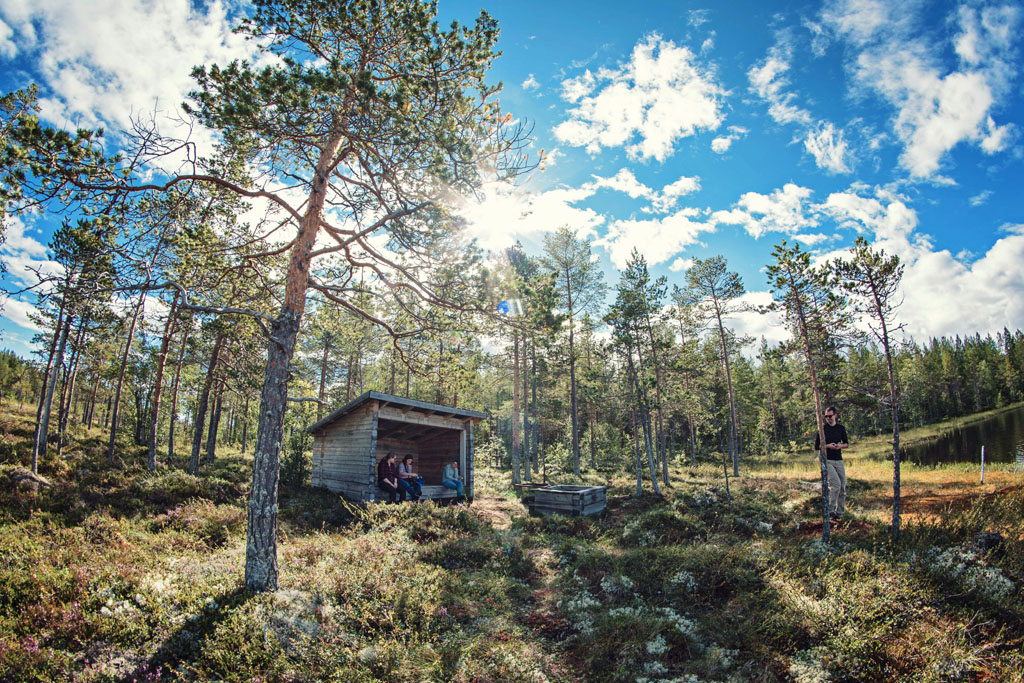 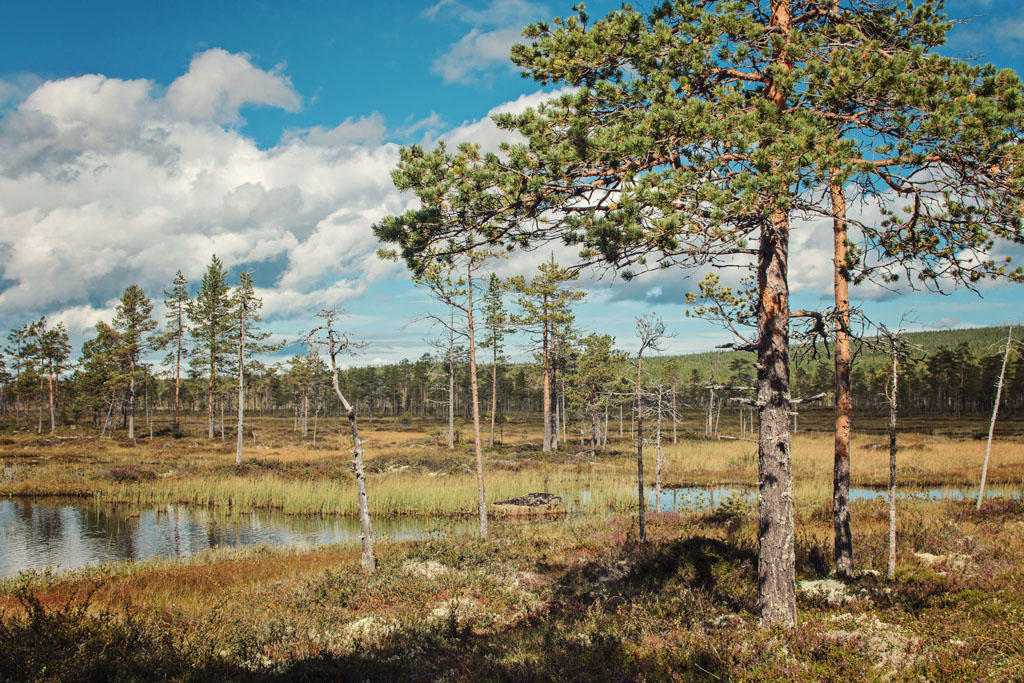 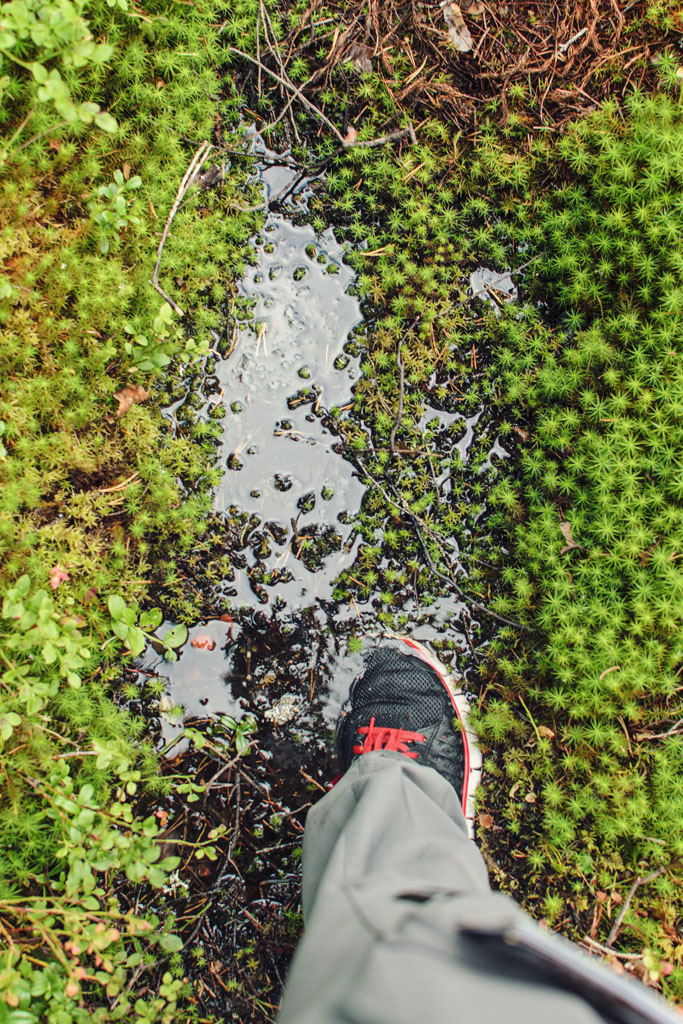 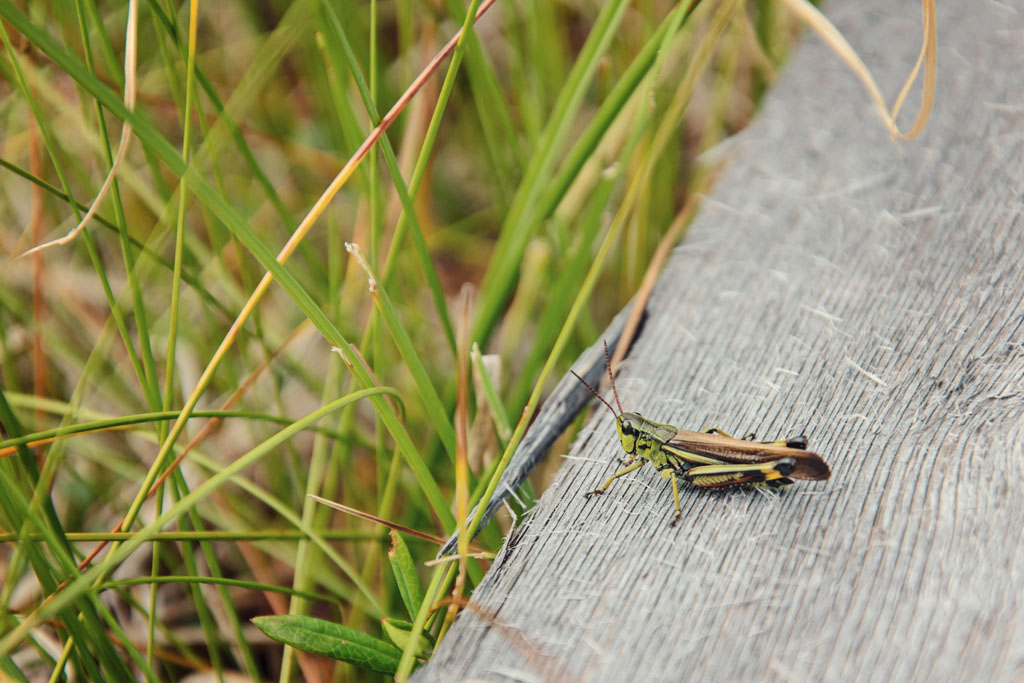 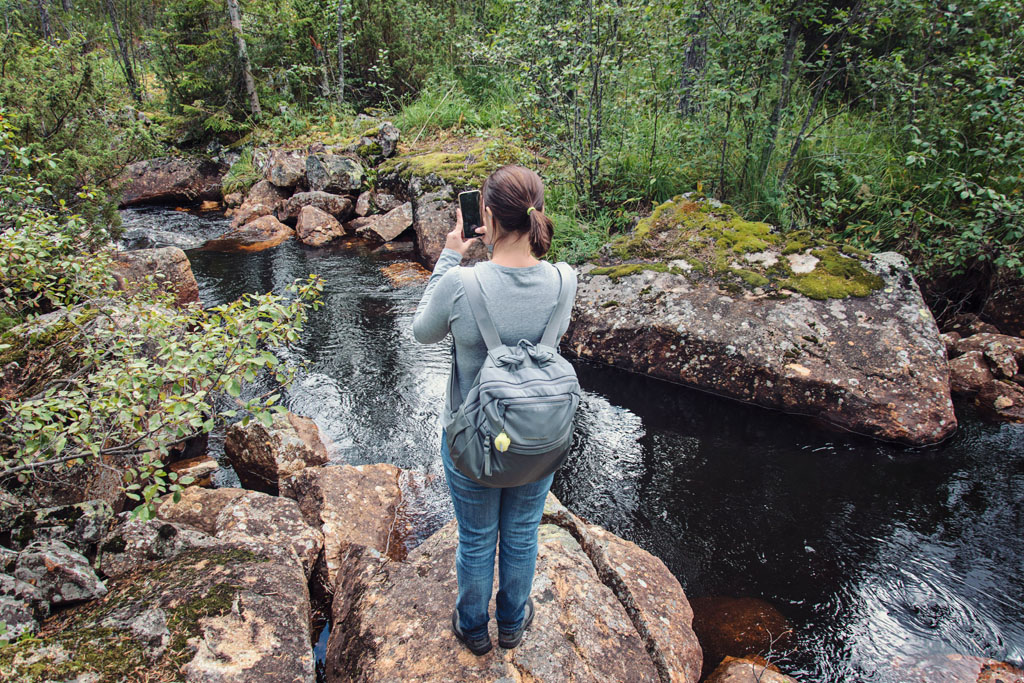 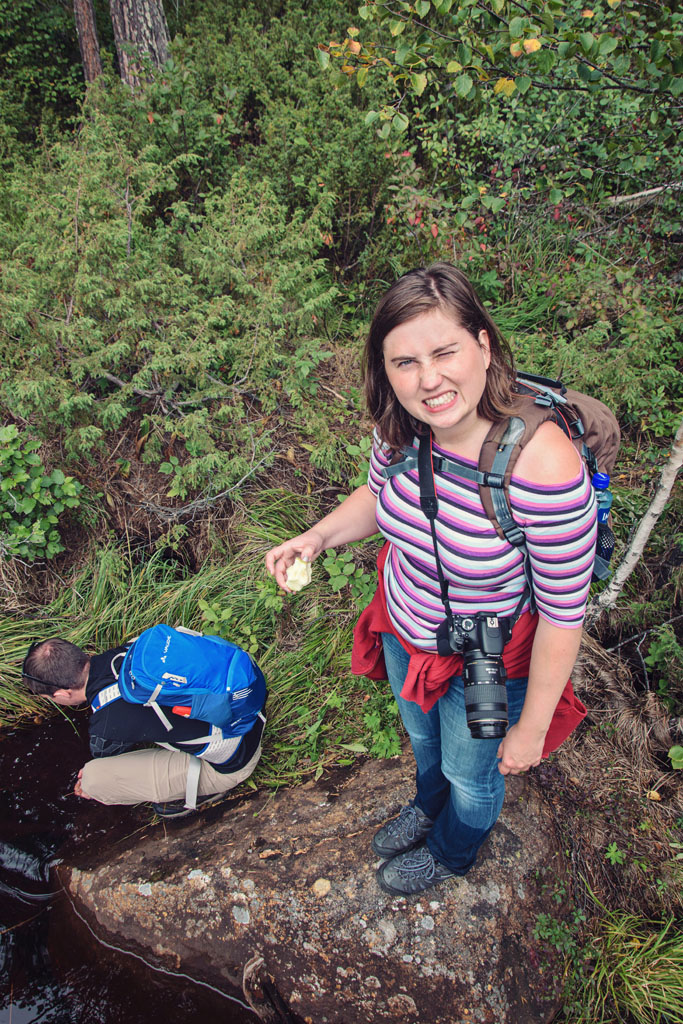 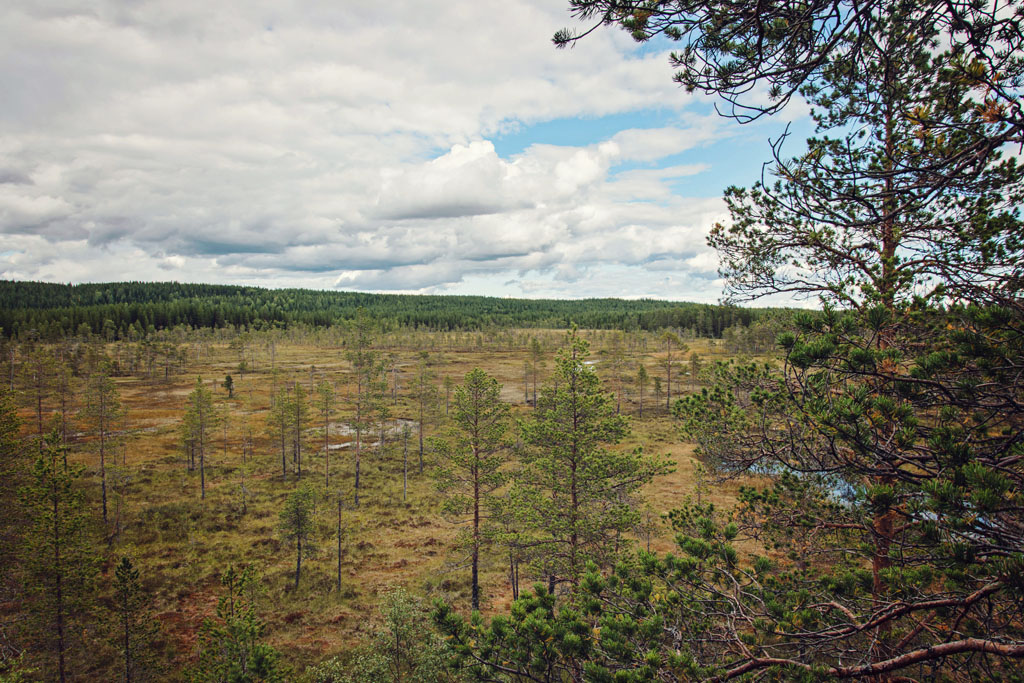 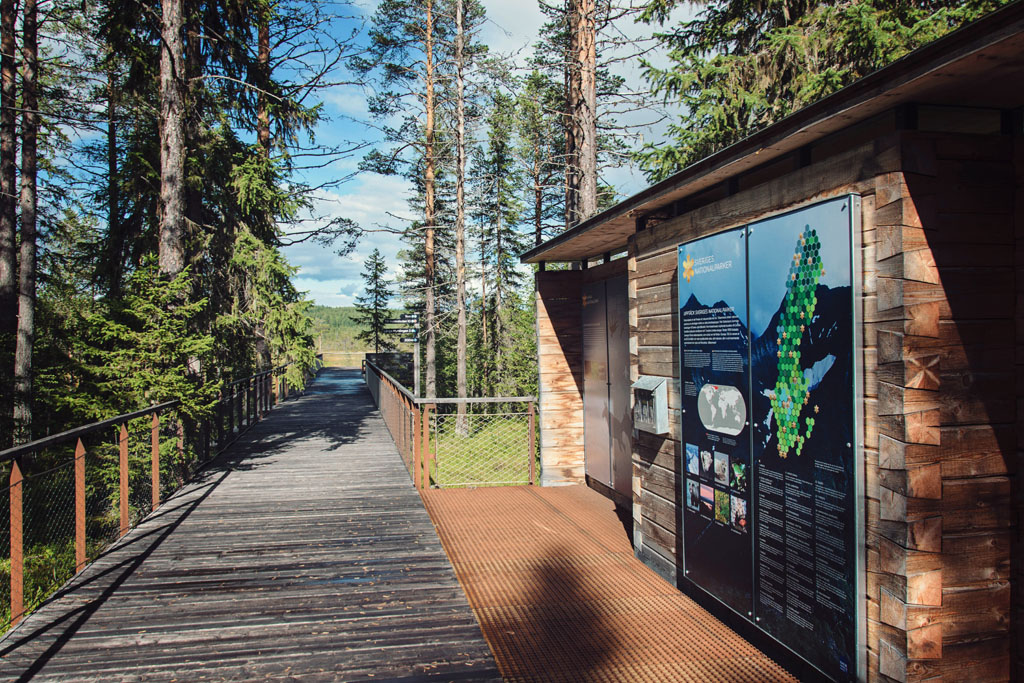 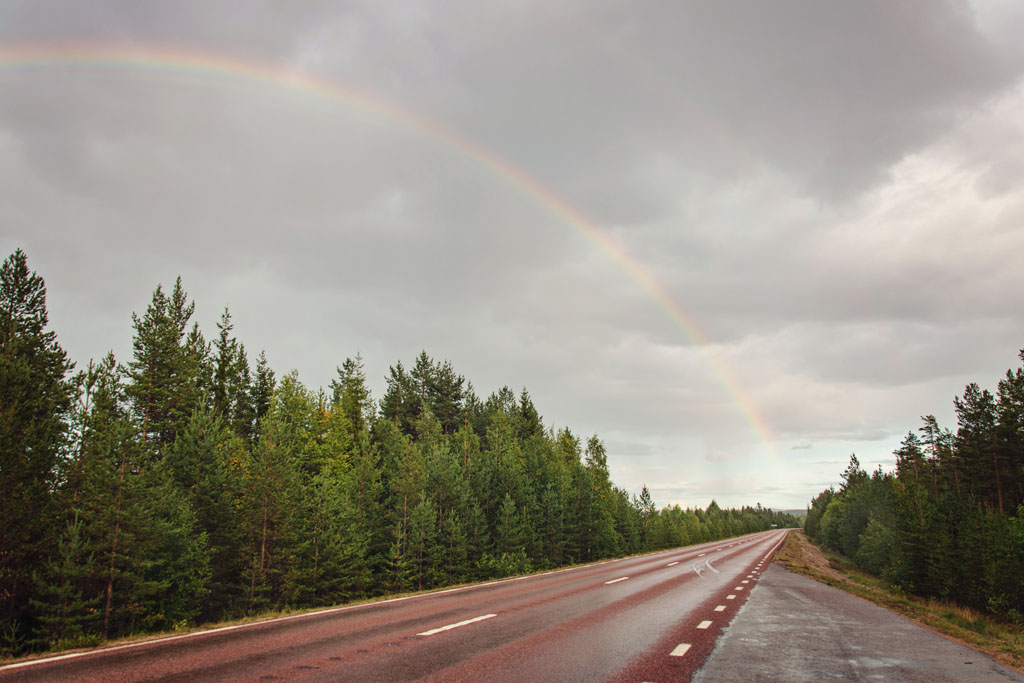 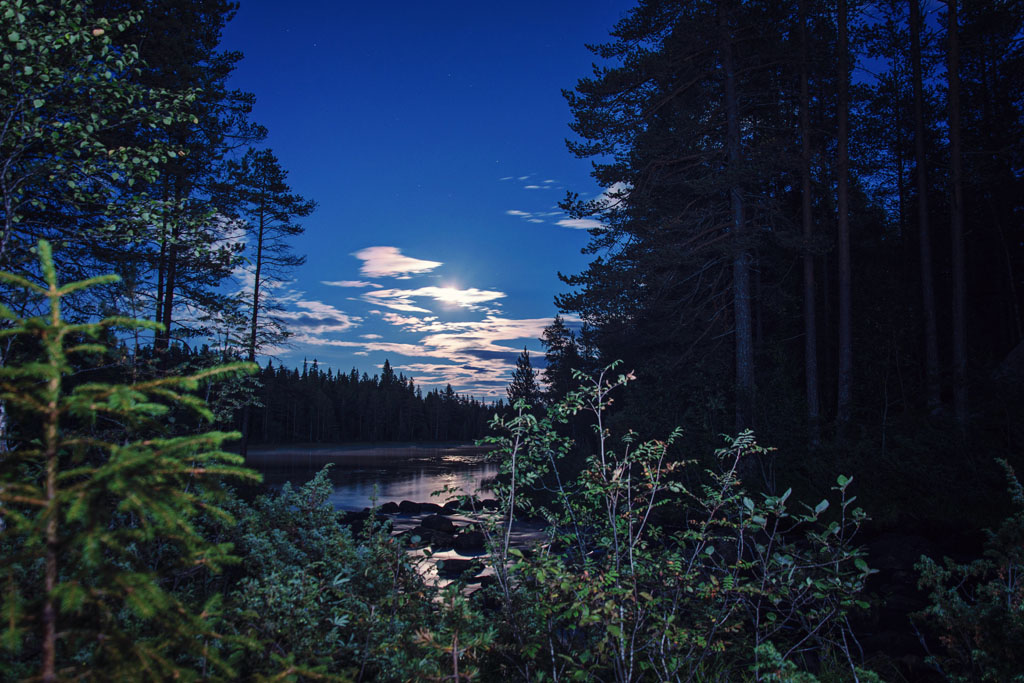 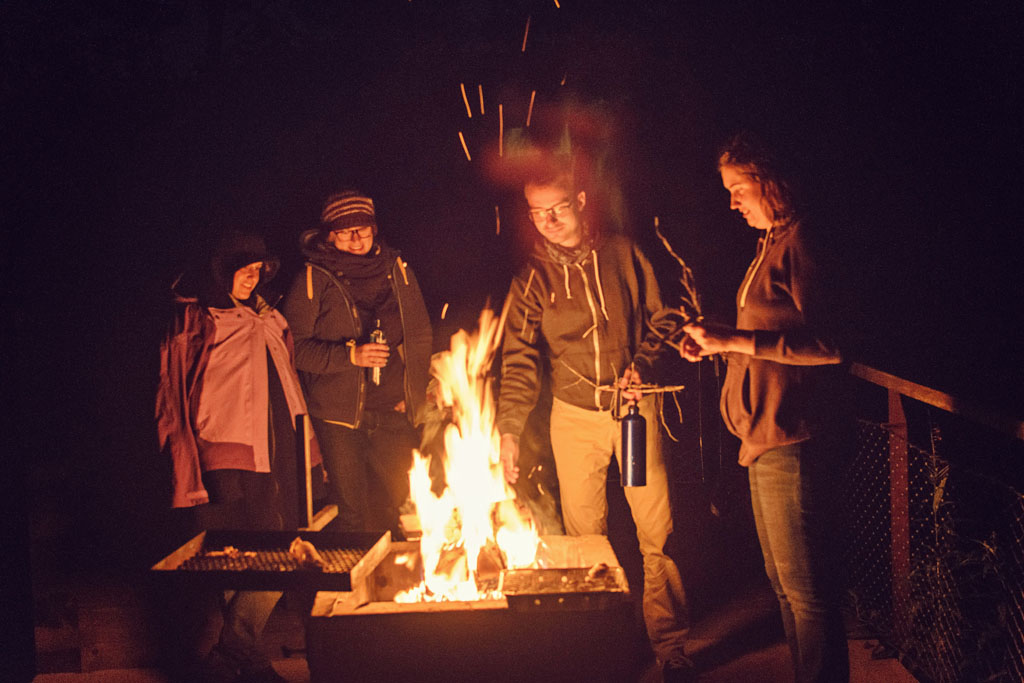 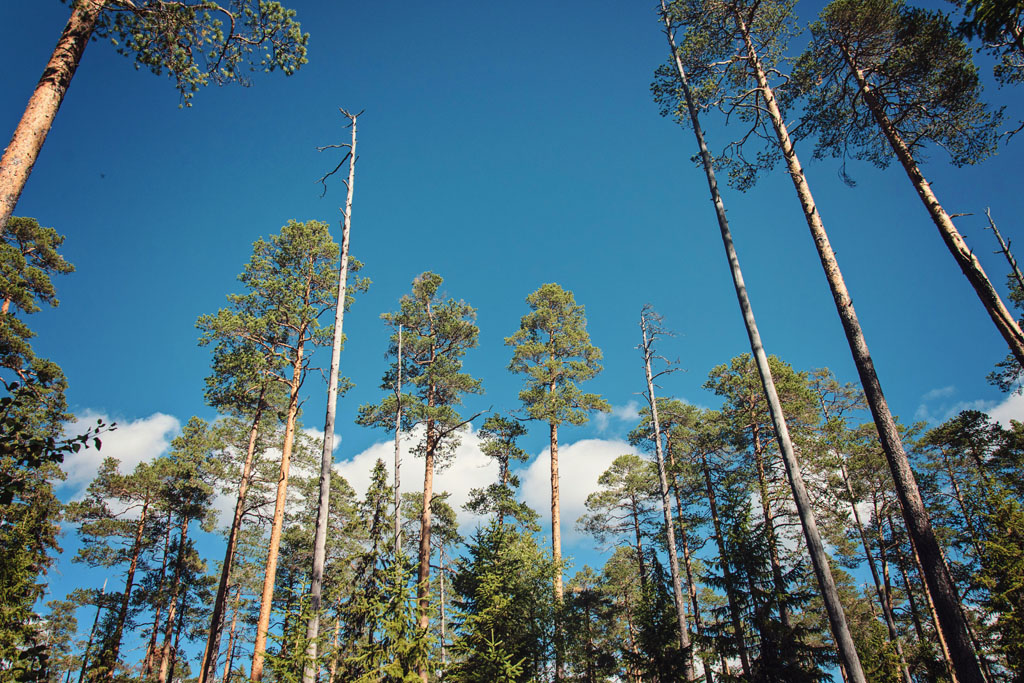 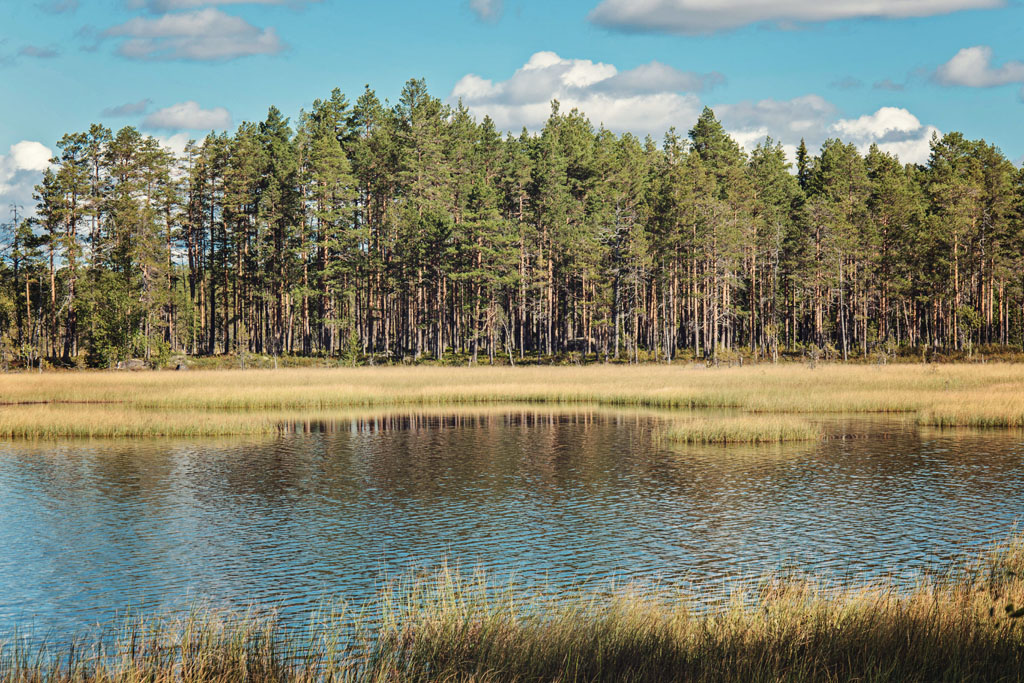 Hamra national park has several well marked trails of which the Hamra trail (red route) is the longest covering 10km. We took the Hamra trail on day 1 and the short virgin forest trail (yellow route) on day 2. The Hamra trail takes you through a diverse landscape consisting of woodland forests, marshlands and swamps. Most of the national park consist of wetlands which makes it demanding to walk through.

A lot of the Hamra trail is is marshes and bogs with ankle high water to wade through. A solid pair of hiking boots or waterproof gumboots would be the suitable choice. In fact, anything would be better than my choice of Nike trainers which were totally wet 10 mins into the trail. The wettest and the most unstable regions of the trails are installed with log bridges which makes it easy and convenient to walk through. 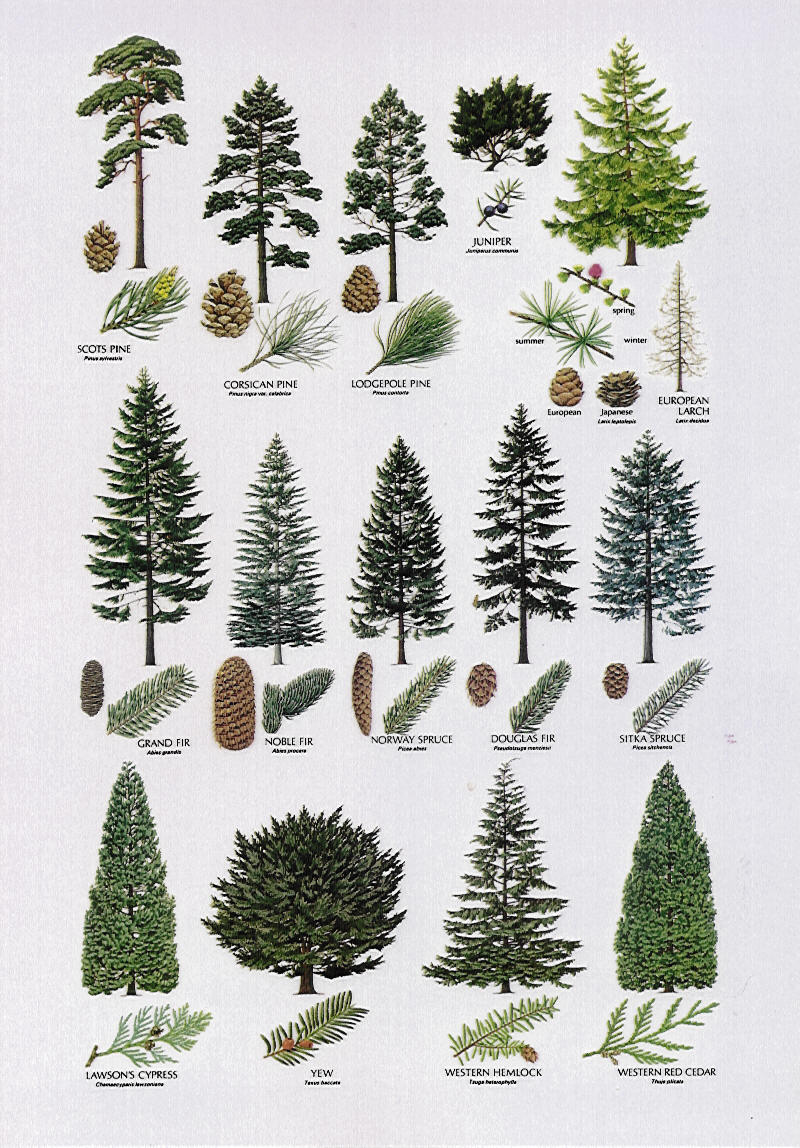 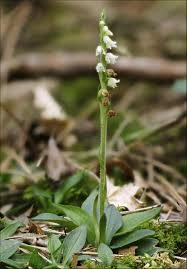 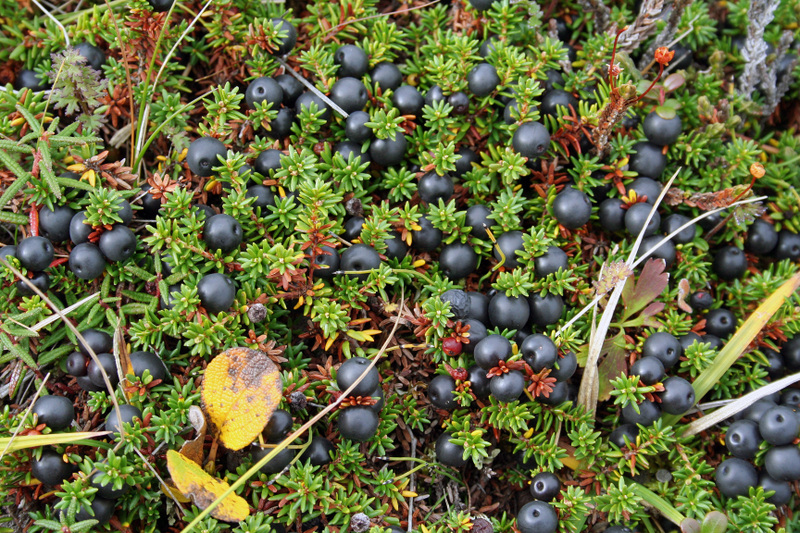 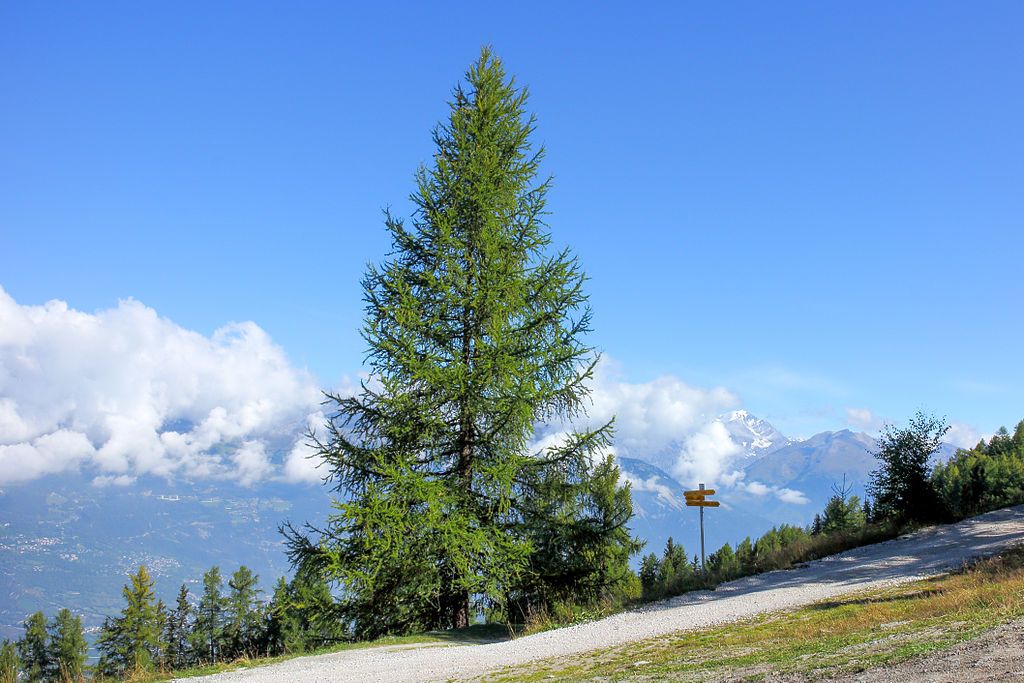 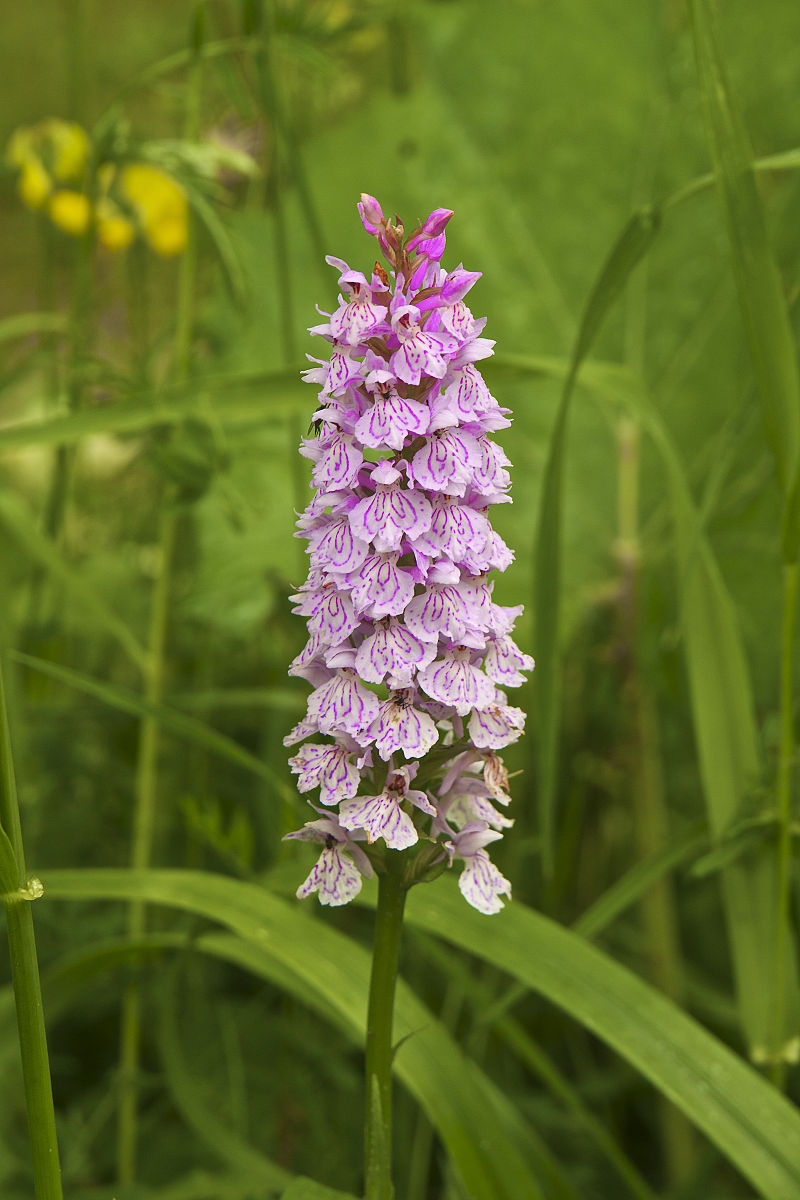 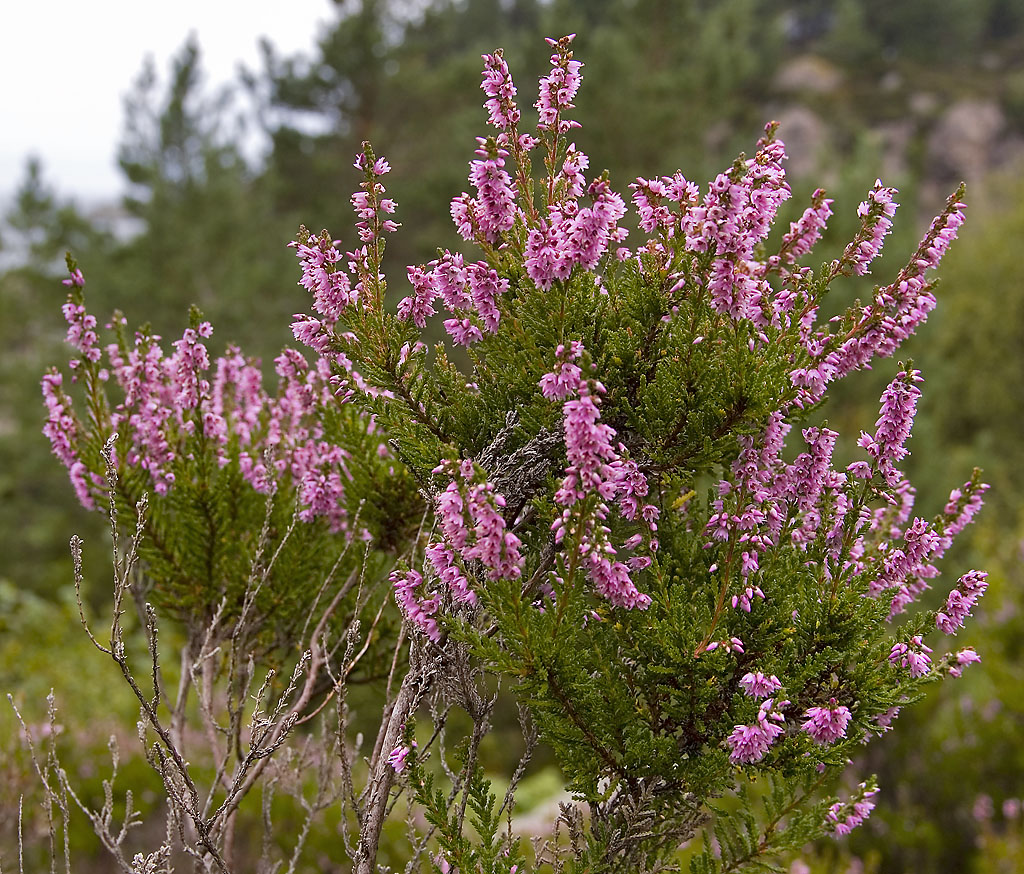 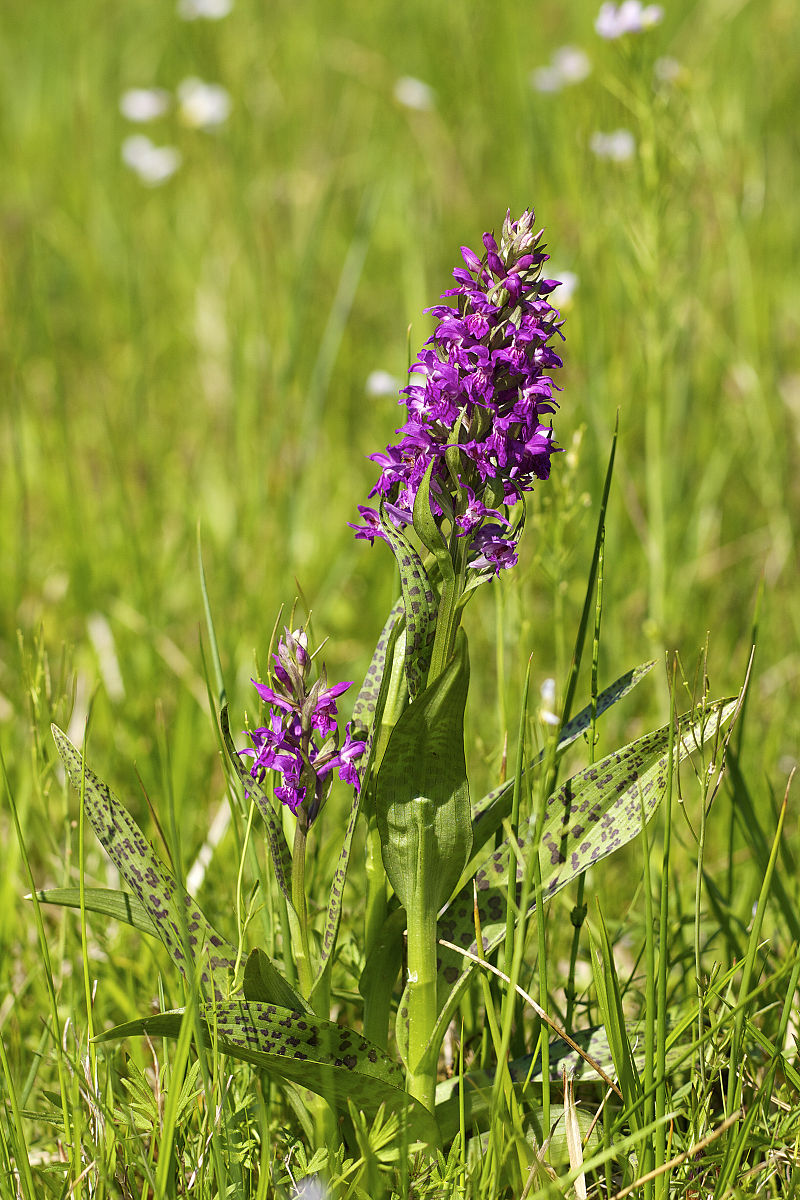 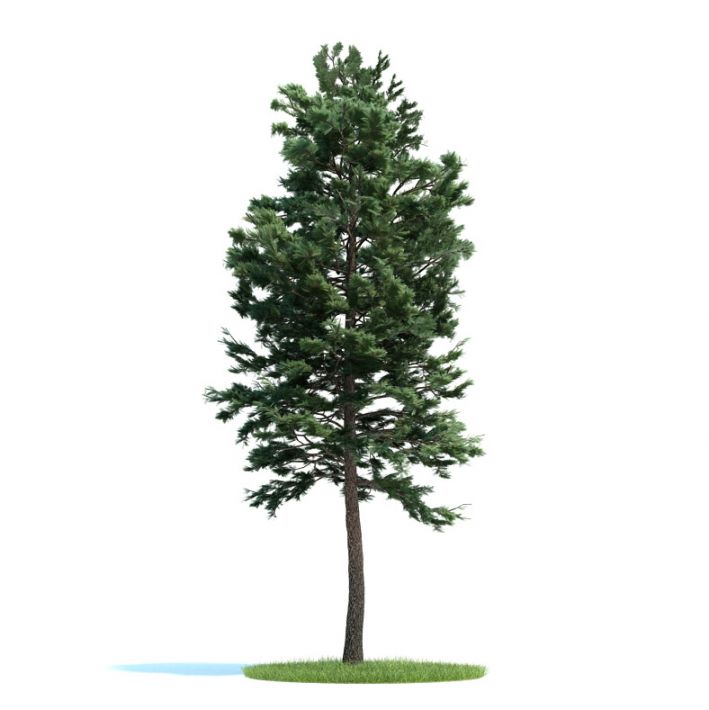 Some of the common plant life.

Hamra NP is also home to a range of animal life from insects to birds and mammals. The NP is claimed to host 450 different species of beetles. Bird life includes swans, dippers, black grouse (capercaillies), woodpeckers, owls as well as green shank, snipes and sandpipers. Large mammals include the moose (Alces alces, also called elk in Europe and Sweden), beavers, wolves and lynx. Hamra NP is also home to one of the largest densities of brown bears. Wild Sweden has a nice article about wildlife in Sweden. This is all text book information. In reality, the only animals we came across were mosquitoes, butterflies and dragonflies. We also saw a couple of capercaillies, a frog and a moose run across the road in the night. Surprisingly, there was very little bird life, or any animal life for that matter. We did come across occasional fecal matter which we assume to be some sort of larger berry-eating animal. The whole place had a sterile feel to it. It is possible that the animals are familiar with the trail route and prefer to stay away.

The national park has excellent facilities for rest, view points, observation towers and barbeque sites. We had picked Hamra as it was closet NP one could go from Uppsala that would have minimal light pollution. Hamra lies in relatively dark neighbourhood in terms of light pollution. We had hoped on finding auroras or starry skies. Unfortunately, we were greeted by the full moon which ruined our night skies.

On day 2, we took the yellow route which trailed through the oldest part of Hamra NP; the old growth forest. The most interesting aspect is the dead trees which provide food and shelter to many specialised species of plants and animals. Old and dead trees have rough barks which are covered with hanging lichens and mosses. This gives the appearance of a tuft of hair. This is why these forests are sometimes called bearded forests. Siberian jays are known to hide food in the lichens. The yellow trail is also more dense with vegetation. Carnivorous sundew plants grow along the side of the trail in some places.

There are many curious trees with spiral barks. It turns out they are not barks after all. Those are the xylem vessels visible after the barks have fallen off. But xylem channels mostly run straight and these spiral columns are usually rare to find. In this case, the xylem vessels curve in a certain direction as they grow and the spiral becomes more obvious with age. Some explanations for spiral growth include greater fexibility for the tree or better distribution of water around the tree. Either way spiral wood is undesirable for woodwork as they are weaker and brittle.

The NP has outdoor activities for every season. In winter, the snow is often very deep and its perfect for cross-country skiing. Husky sledge rides are also popular. Perhaps I should think about coming back in winter. 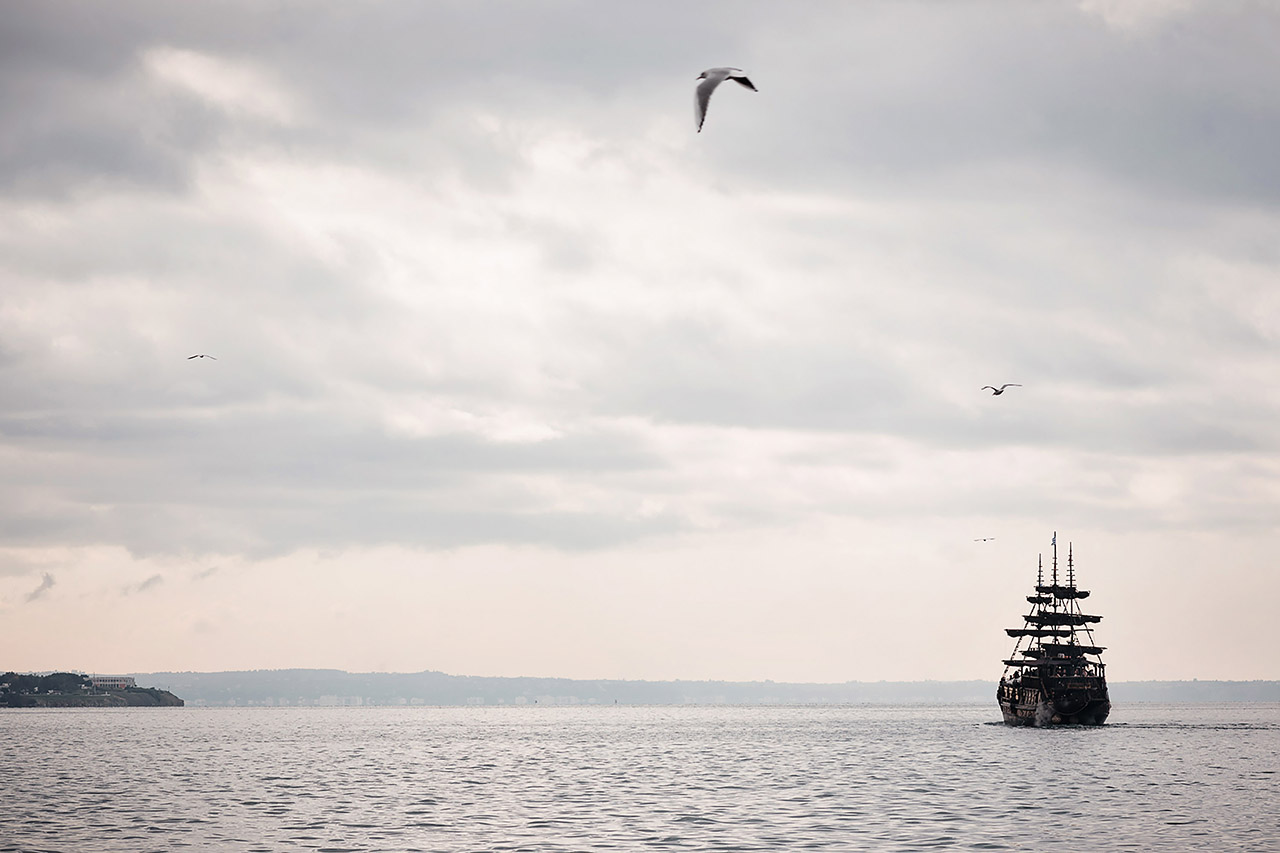 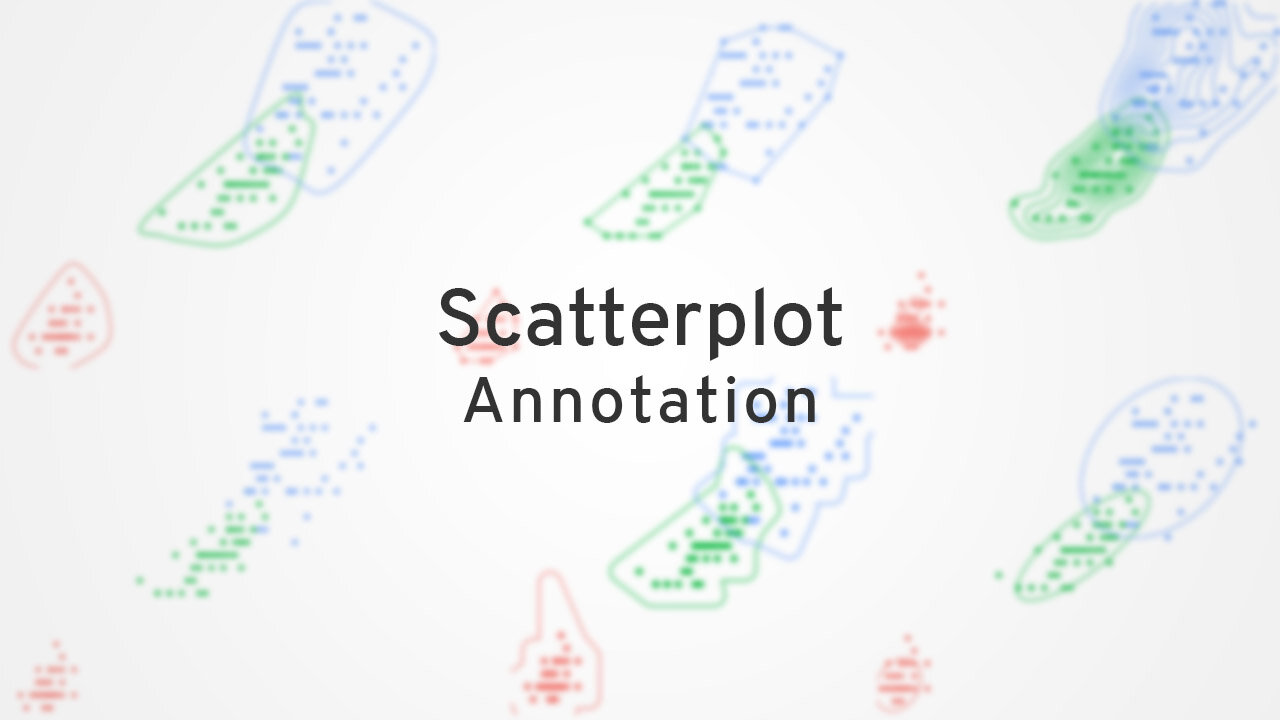 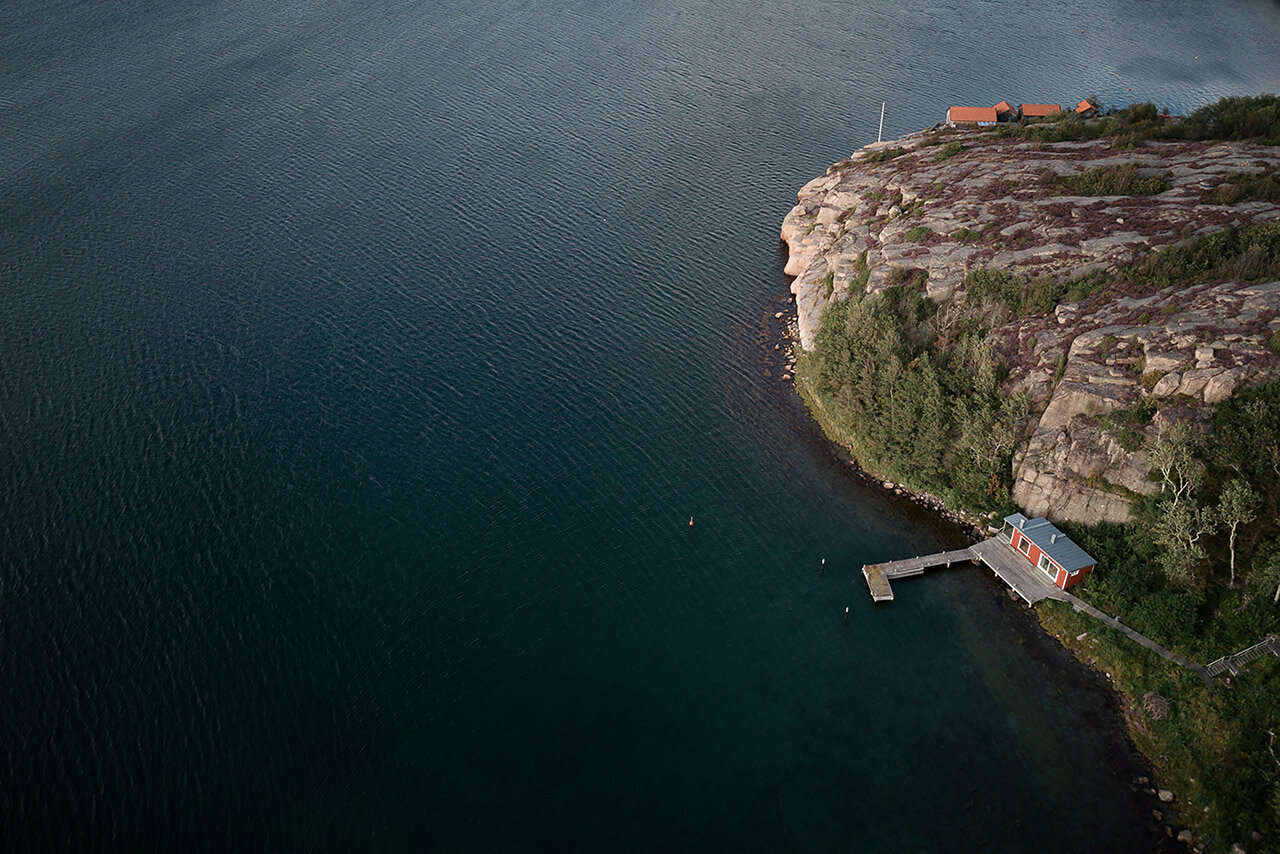 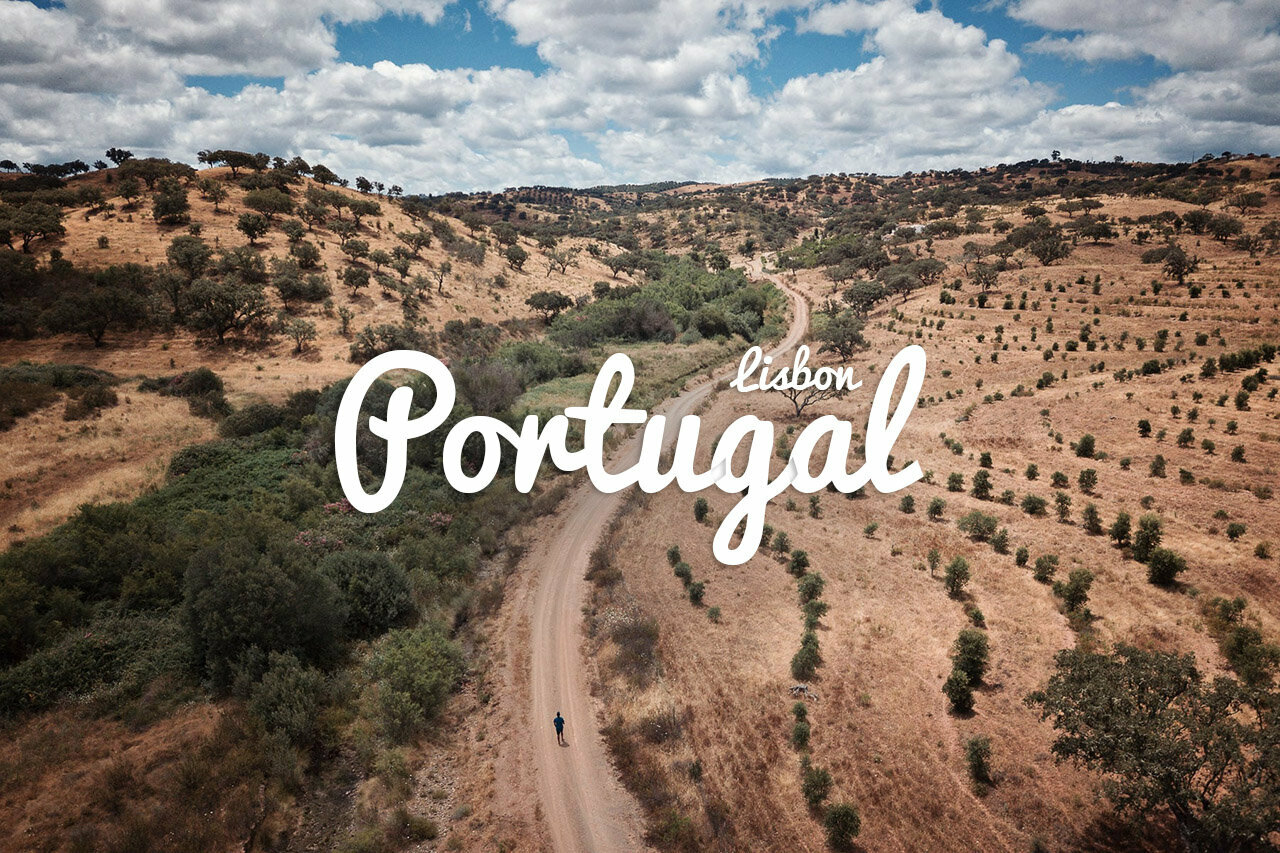